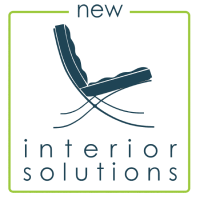 One day he invited me out for lunch. He wanted my help to gather some ideas to remodel his master bathroom. His wife couldn’t make it that day, so the two of us talked about his project. He showed me some photos and a sketch of the floor plan. Richard also shared with me what finishes he wanted to use, what colors, and the structural changes he wanted to apply to the shower and the bathtub.

There was just one thing he didn’t tell me. And that was that his wife Sandra had a completely different idea about the remodeling.

While Richard wanted marble like tiles, two big sinks, a half wall shower, and a deep bathtub from where he could watch the TV, Sandra preferred beige tiles, a make up vanity station, and most of all she wanted the bathtub and the shower enclosed in the same space, which is a very popular trend nowadays.

I liked both ideas, but I particularly liked to see how two different people approach a home project in two completely different ways. They were both trying to convey their taste and needs into the same space. And if you think about it, this is what interior design is all about. There’s no right or wrong design, because the space you build reflects your unique personality and desires.

At the end, I presented two designs for the same bathroom.

This is Richard’s vision: 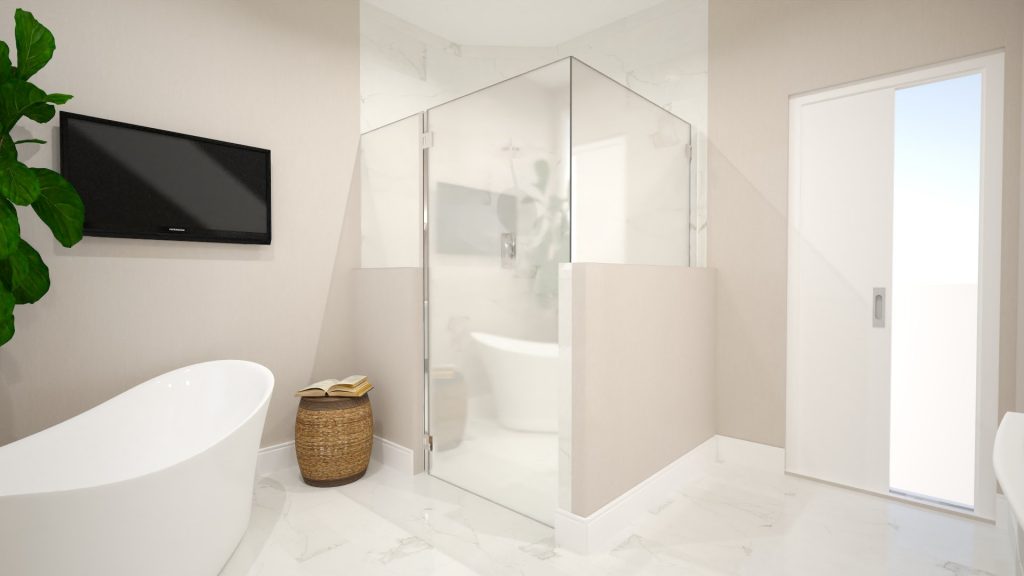 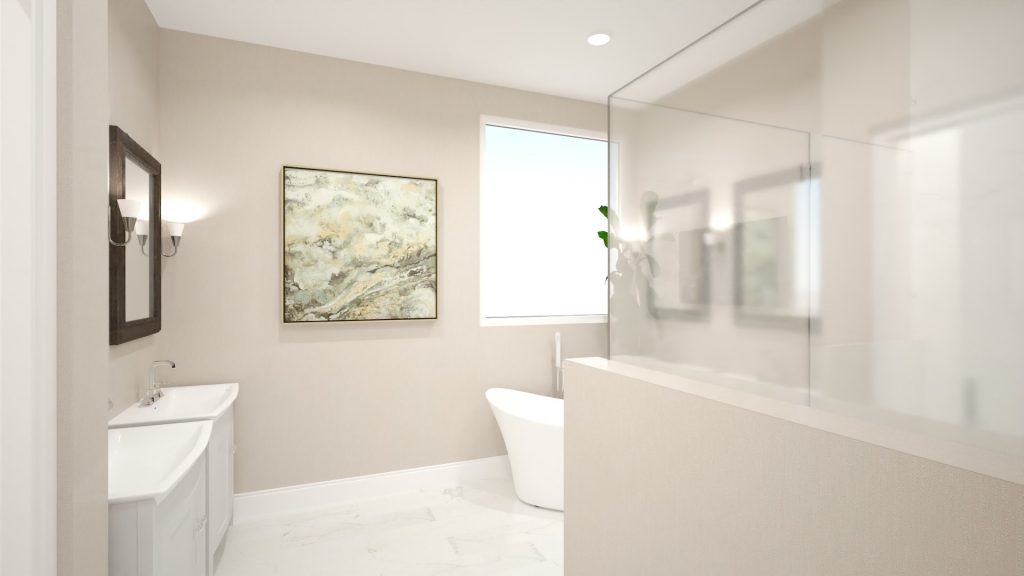 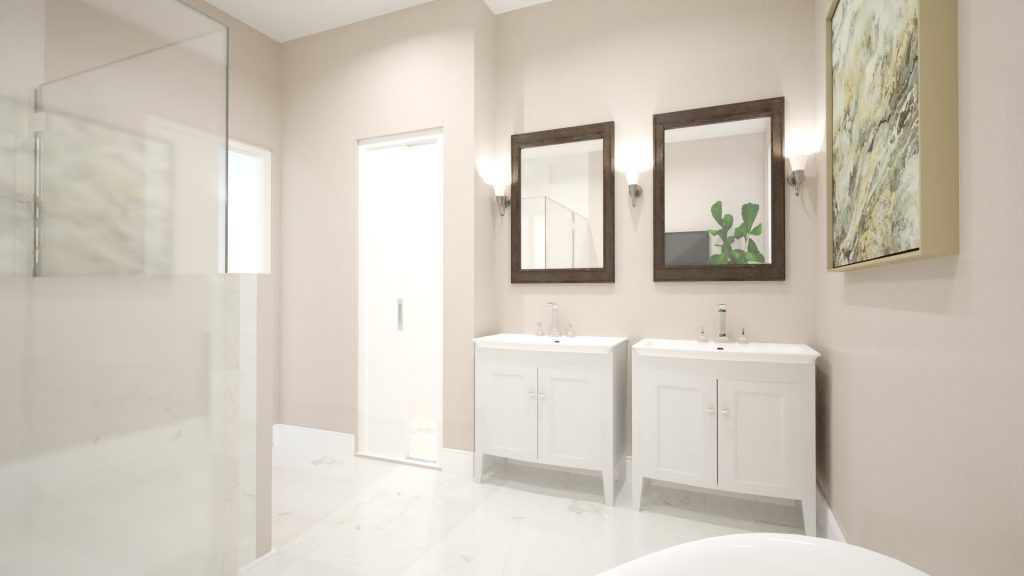 While this is Sandra’s vision: 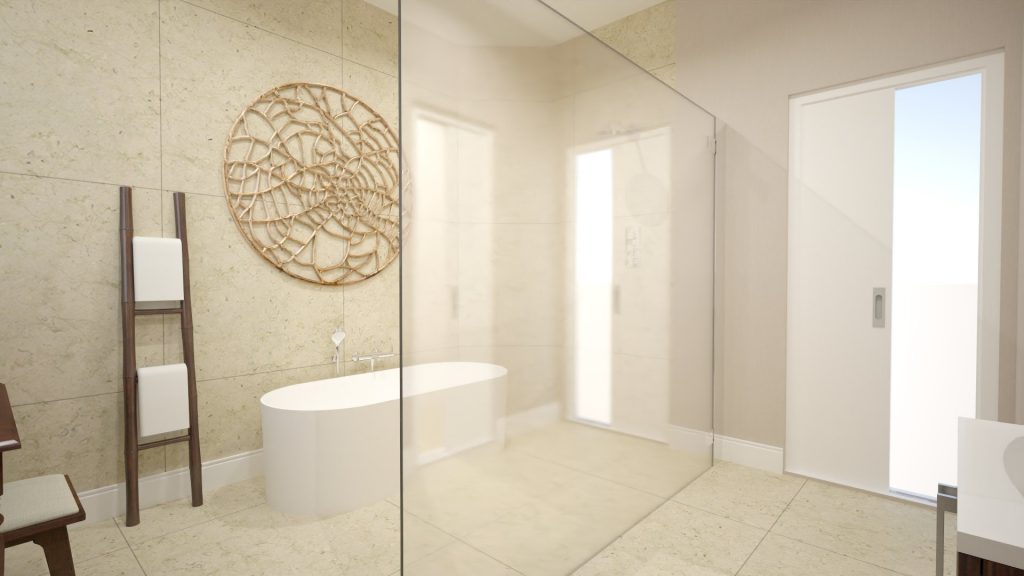 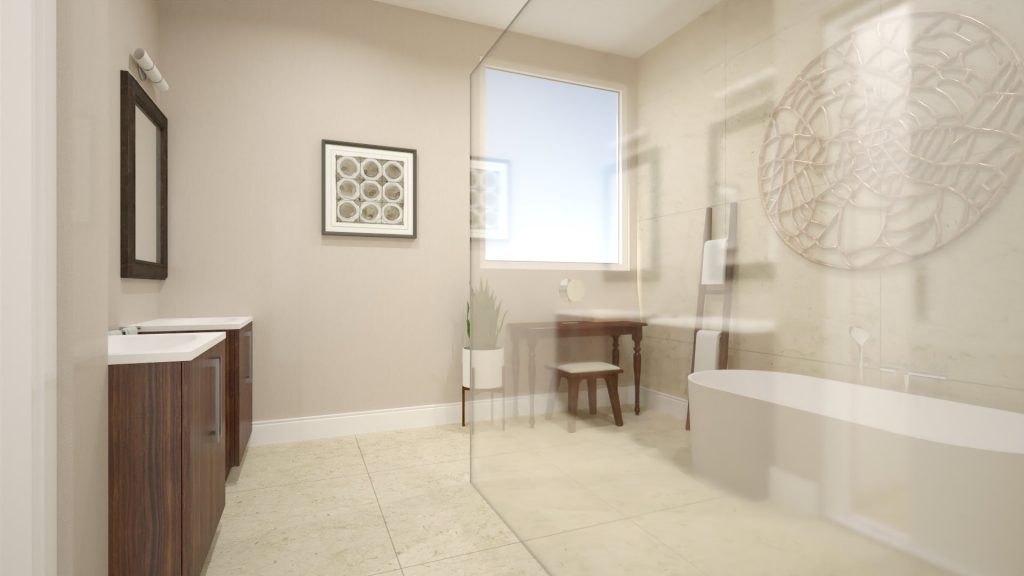 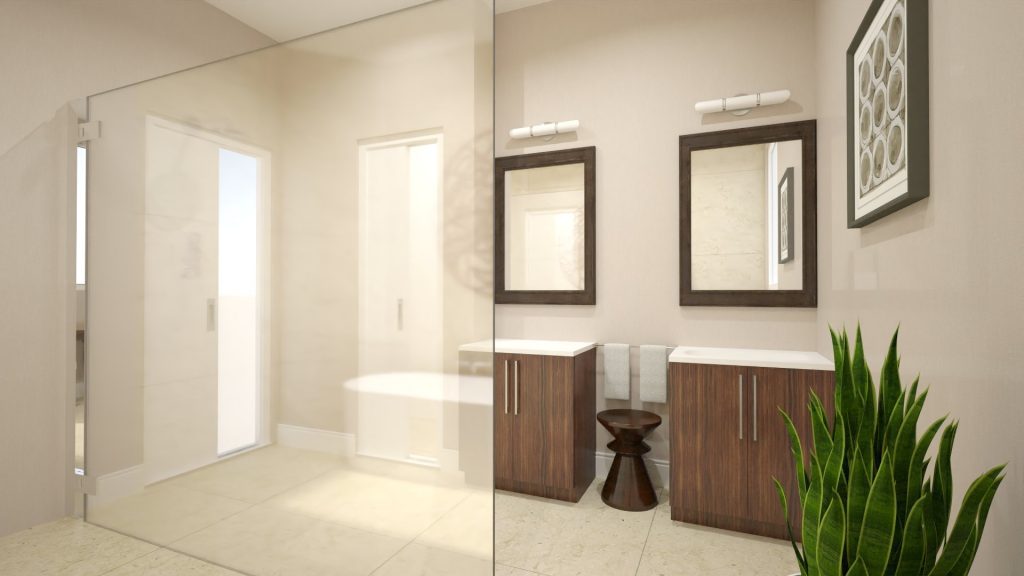 And this is the make up vanity station Sandra would like to install in the master bathroom: 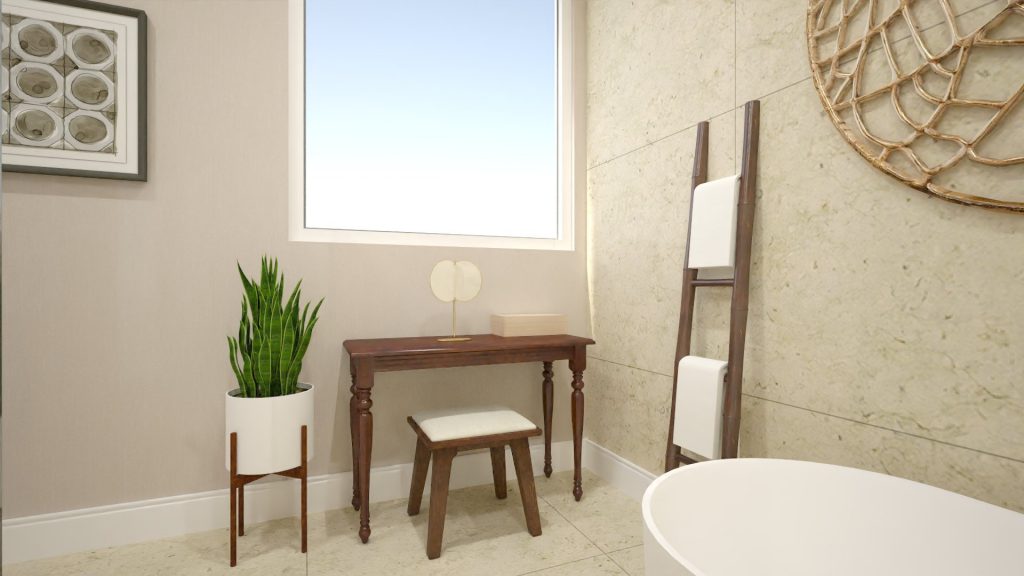 In case you wonder, Richard and Sandra are still tying to find a middle ground for their master bathroom design. But at least now, thanks to the 3D renderings, they can better understand each other’s vision for what concerns the remodeling. Do you and your partner have the same design taste?

A hand-picked selection of the most innovative solutions in real estate, sent every two weeks 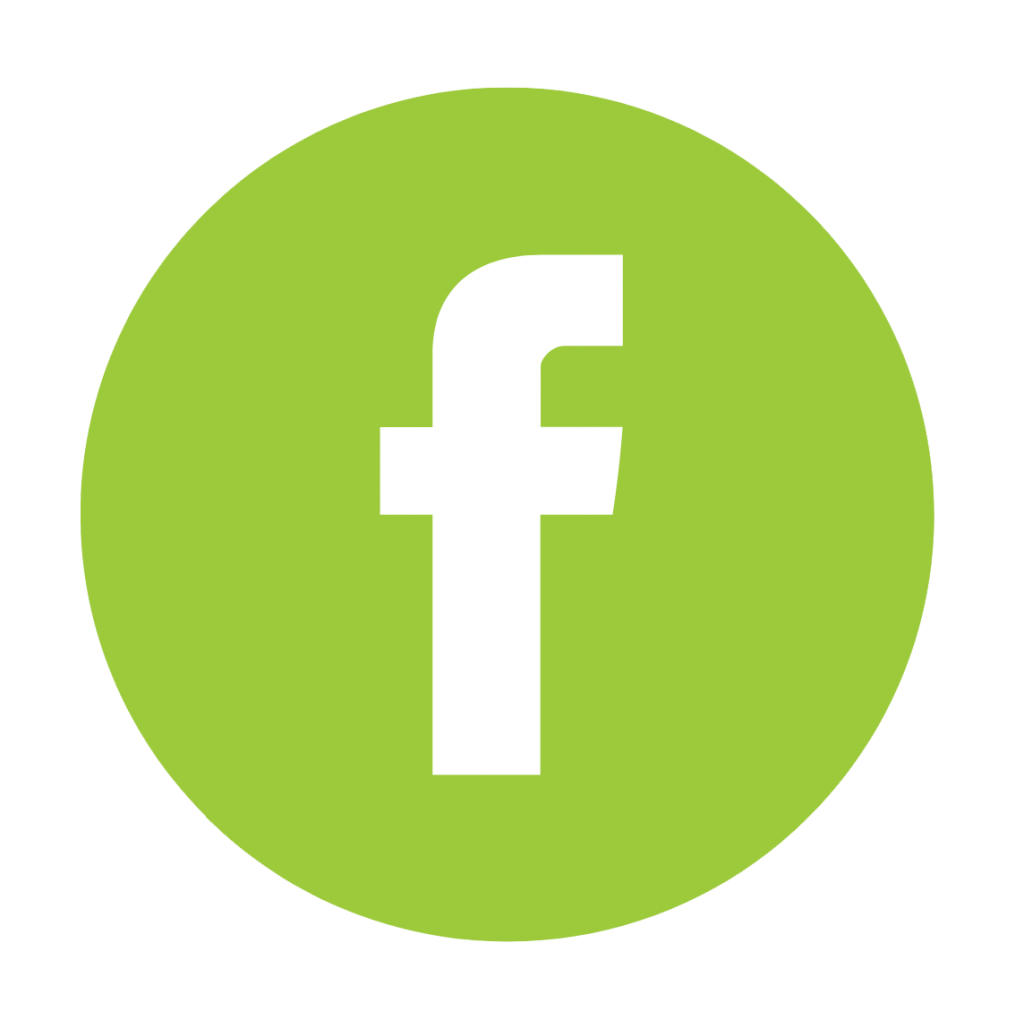 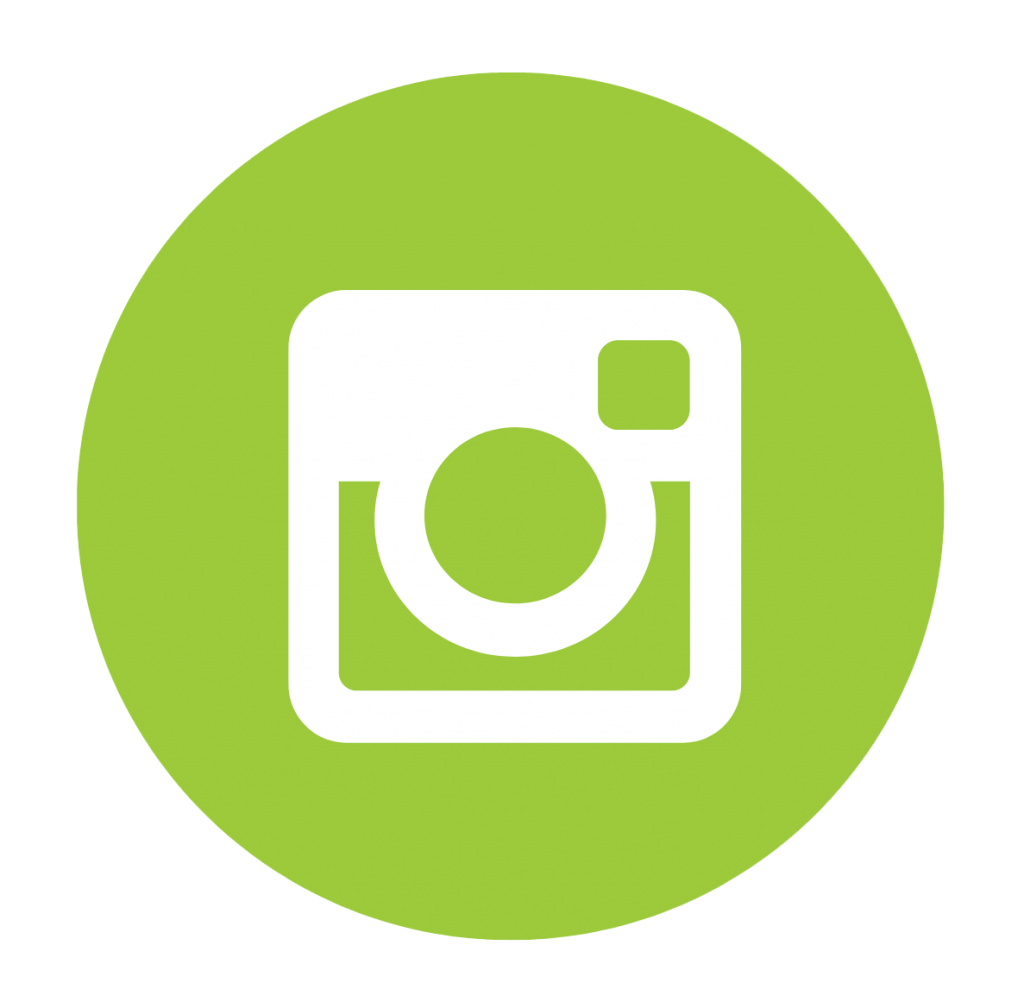 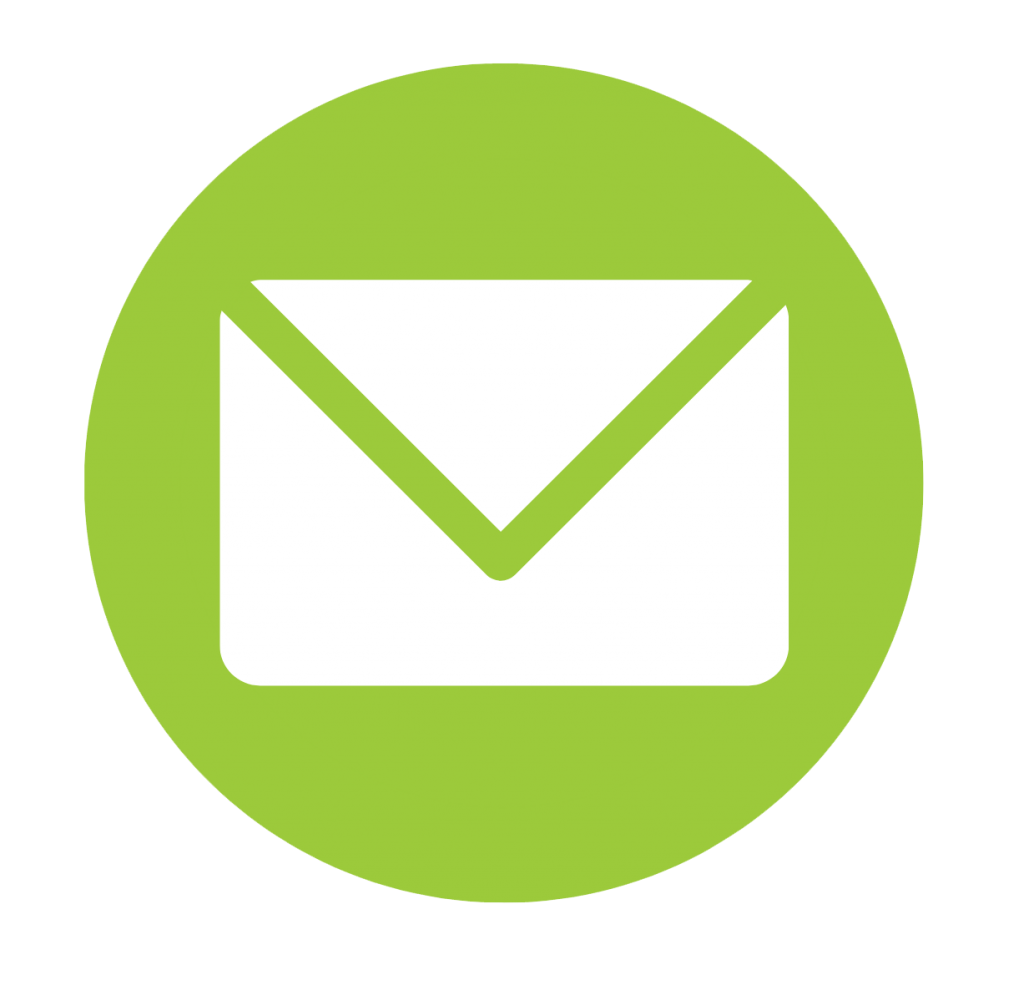 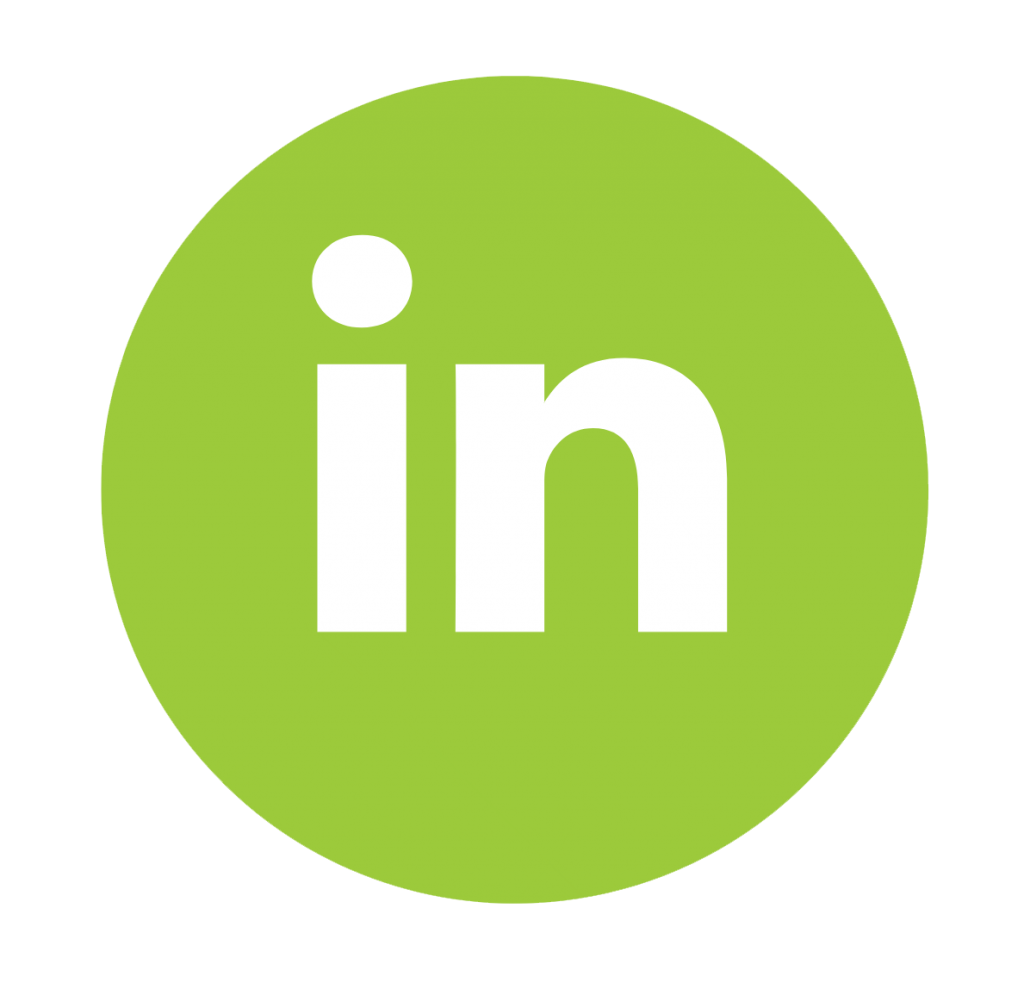 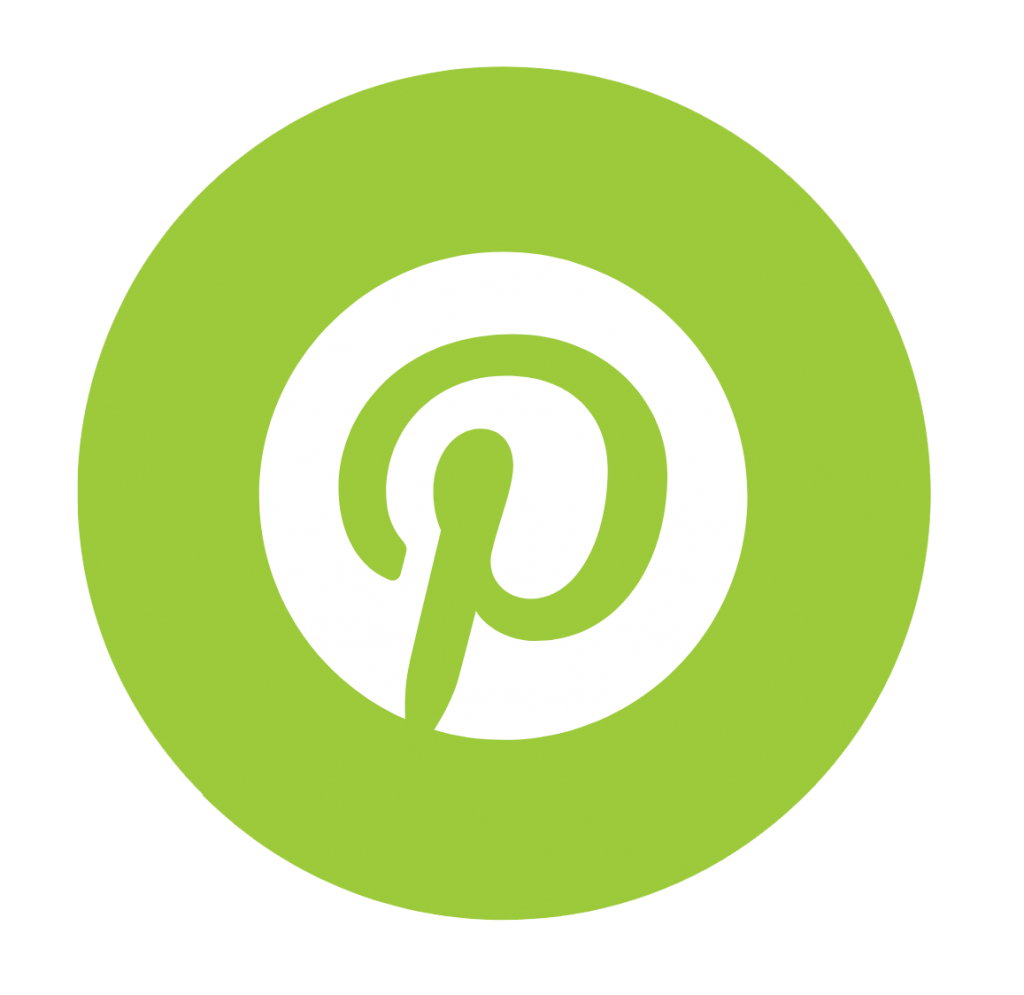